5 Networking Mistakes for Authors and Writers to Avoid 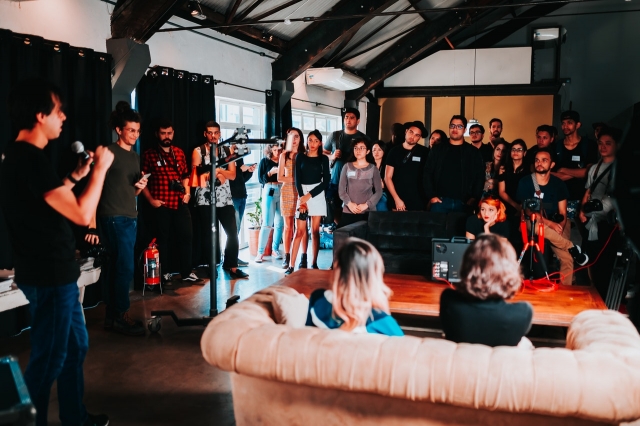 Networking has always been a key component of industry recognition and job recruitment. This includes authors and the publishing industry. Organisations often rely on the recommendations of existing staff or colleagues to find the right candidate for the job and through networking, authors can get in touch with the people who can help advance their career, get a publishing deal or improve their work. These recommendations are for people they know and people they trust, and the way people become known and respected within their field is through networking. Being good at networking is valuable tool to have. Not only does it get authors in touch with the right people to help advance careers and expose projects, it is a way of demonstrating a variety of essential skills. A good networker has great communication skills, patience, resilience and personability. “These are all qualities that professionals and organisations are keen to work with which is why it’s vital that authors focus on networking. Non participation in network can be bad for an author’s prospects but networking badly can be even worse. Avoiding key networking mistakes can help authors expand their circles of connections and keep their options open” says Michael Suarez, a writer and editor at Academic paper service and Essay service.

Modern technology has made it all too easy to stick to online networking attempts. While it’s true that online communities and LinkedIn can expand your networking circles and get you in touch with people you wouldn’t normally have the chance to contact, authors should never discount the quality of face to face interaction. Physically introducing yourself and having a conversation makes a lasting impression that puts faces to names and opens up a lot more opportunities. Authors should head to networking events and meet-ups to introduce themselves to others in the field and start or improve relationships. In your career, you won’t know whose advice you might need to solicit one day which is why in person events are a great way to rapidly expand your networking circle with people you might not have thought of contacting previously. Although the aim is to build strong relationships, events are a great way to get your name out there and start up relationships with a whole host of new people. “Networking events are still the best way to meet new people, form new relationships and discover new opportunities. They are not designed to be a project speed dating event, rather a chance to meet new individuals and find out their experiences and whether anyone has attributes that are interesting to you” says Joan Goldberg, communications manager at Best essay writing services and OX Essays.

Good networking and the building up of connections takes time. The more people you bombard with requests and demands, the more desperate you appear and the less genuine your connections will be. People generally don’t like to be hounded for their time, especially since a lot of networking works around mutual favours. A professional relationship should be seen as fragile: it should be handled delicately, with a lot of careful attention and the knowledge that you have to put in a lot before you get anything out. Slowly build up connections by knowing exactly who you want to work with and find convenient opportunities to interact socially as well as mutual interests to bond over. Use this time to work up to your pitch or request so that your person of interest has had enough time to get to know your character and your ambitions so that they can respond appropriately; knowing you better will allow them to give much more personalised advice. Often authors require opinions and evaluations of their work as well as advice on the industry. Asking a more seasoned individual for their help is a big favour and it’s important to realise that they will be taking time out of their own day and working around their own priorities to help you. Taking the time to build up your request and getting to know the professional in question will not only mean they are more likely to spend the time with you and your project, but will also help you make a long-lasting connection that may be available for consultation in the future, even if they don’t have the capacity to help this time round.

Once you have developed a relationship to a stage where you are ready to ask for their time and input, it’s important that authors are specific about their requests. Beating around the bush with what you need can be confusing for both parties and yield unsatisfactory results. Authors need to approach the subject with certainty, respect and specifics; having too broad a request can give the impression that you don’t know what you’re doing. Whether you’re asking for a chapter edit or a written foreword for a book, remember that you are asking a favour and your target needs to know the specifics to understand how long it will take them and whether they have the availability to do it. Asking for one favour and tagging on extra details or more work once they’ve agreed can come across as sneaky as well as put your friend in an uncomfortable position and ultimately damage relationships.

When networking, it’s imperative that authors retain integrity and aren’t using their networking contacts for any underhand behaviour. Pitching to professionals as an ulterior motive is an unwelcome tactic that leaves a bad taste in people’s mouths. Joining an email list or interacting with tweets and posts on social media is a great way to build relationships. However, if they are used as an opportunity to send a lengthy pitch, you are making your targets feel pressured and, quietly likely, irritated. Aggressive pitching isn’t a productive move, professionals know when they are being taken for granted and it will only lead them to discount you in the future. “To get the input of acquaintances and connections for your work, it’s important to ask forthright. However, this should only be done after a relationship has been formed and without putting your target under any pressure” says Connor McNally, business writer at Boom Essays.

Ultimately, when pitching an idea or asking a favour, you are inviting that person to share their expertise with you and work with you on an ongoing basis. Authors should approach this with humility and respect as well as the understanding that the person they approach may not be interested. Whether the collaboration goes ahead or not, it’s important at every stage to take the time out to express gratitude for any help or advice you may receive. Manners and respect are highly valuable in these activities and are required to build long lasting relationships. If the project goes ahead without any input from your acquaintance, authors should accept their decision gracefully. The least productive reaction is to throw a temper tantrum and burn those bridges for the future.

Networking is a learnt skill and the more authors practice it, the better they will become. It’s natural to make a few mistakes at the beginning of your networking journey but by avoiding these common mistakes, you’ll be able to avoid any serious disasters.

Christina Lee is a writer and editor at Paper Fellows and State of writing. She is also a contributing writer at Essayroo.com. As a project manager, she oversees many projects in various companies in her hometown. As a content writer, she writes articles about featured musicians and artists, coding, and tech trends.

5 Networking Mistakes for Authors and Writers to Avoid